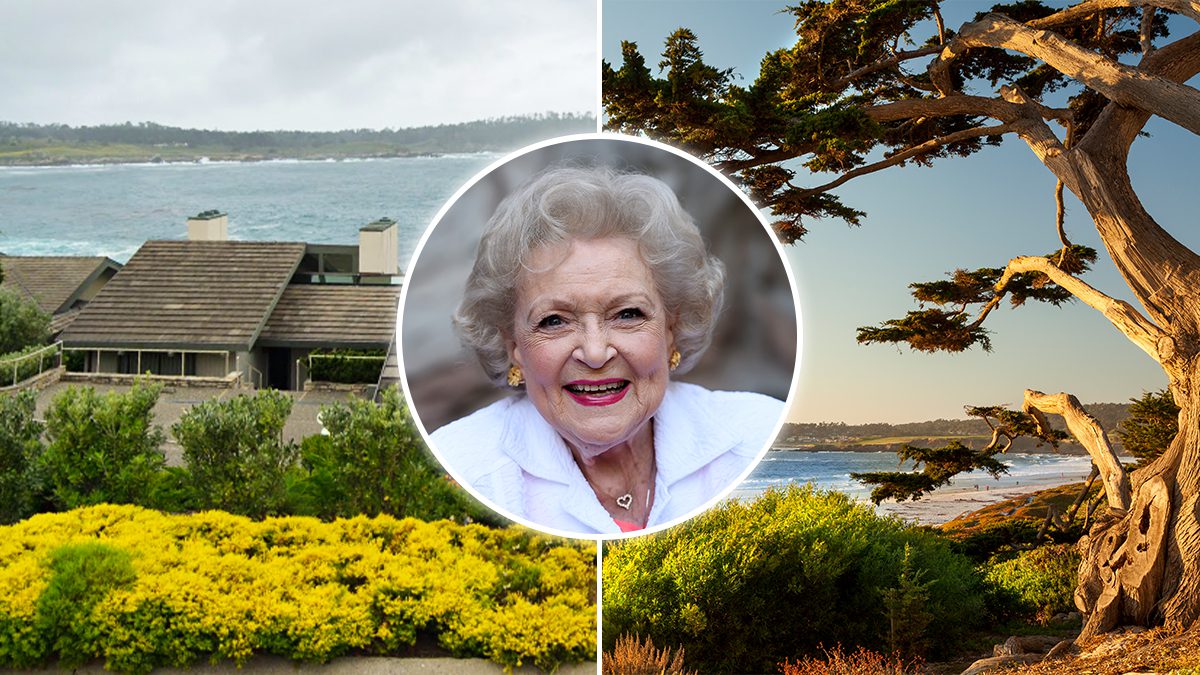 Hollywood legend Betty White spent her final years longing to return to the Carmel, CA, home that she built with her husband, according to recent reports.

The renowned actress, who began her TV career in 1939, died on Friday. White, well-known for playing Rose in the popular 1980s sitcom “The Golden Girls,” would have turned 100 on Jan. 17.

However, instead of being in her beloved Carmel residence, White died in her Brentwood home in West Los Angeles. She moved to the five-bedroom, six-bathroom home to facilitate better at-home care as “Los Angeles was more accessible,” a source told the New York Post.

“If she had it her way, Betty would’ve lived and died in that home” in Carmel, the source said. “It’s the home she shared with her husband. It’s where she felt more comfortable.”

White and her late husband Allen Ludden, a game show host, purchased the 0.28-acre property in Carmel overlooking the ocean for just $170,000 in 1978, according to Realtor.com® data. Three years later, construction was finished on their two-bedroom, 4.5-bathroom home that was just over 3,600 square feet.

Unfortunately, Ludden had been diagnosed with terminal stomach cancer shortly thereafter. He spent two nights in the home and died about four months later, according to OK!

In 2017, White gave fans a tour of her “crib.” Viewers got a peek of her cream-colored kitchen with a fridge “stocked with energy drinks and gluten-free mac and cheese,” said White. Her kitchen island was adorned with two rooster statues with a bouquet of flowers between them.

She also showed off her aquarium, with her “priceless” tropical fish collection, which appeared to be set in a wooden frame like a painting.

She took viewers into her bedroom with a four-poster bed with floral comforter and plaid curtains “where the magic happens.” The magic turned out to be a magician and his assistant.

“Well, what did you think I meant?” asked “The Mary Tyler Moore Show” alum with a chuckle and a shrug.

White’s final home was white with bright yellow shutters. The 3,000-square-foot residence was constructed on a three-quarter-acre lot in 1952.

Both of White’s homes reportedly had rooms devoted to stuffed animals.

“I especially love the exotic ones—there is an anteater, a rhinoceros, a beluga whale, an armadillo, a bear—not a Teddy, a grizzly—the list goes on,” the cultural icon wrote in her 2011 book, “If You Ask Me.”

Fans showed up outside of White’s Brentwood home after her death to say goodbye and drop off flowers.

“She was so sweet and caring. She was America’s grandmother. I saw my grandma in her,” Michael Douglas, 37, of Los Angeles told the New York Post. He wore a “Golden Girls” face mask. “Our parents grew up watching her, and then we grew up watching her shows. I’m just very sad.”